‍What was the Billion Team Enterprise Family Office approach to that early stage?

Since 2012 and beyond, me, Marinella Andaloro, BTE President, and Marco Tusino, BTE Chairman, during the many roundtables, with our strategic partners, HNWIs, leaders in the sector, and policymakers in the GCC area -as part of the BTE strategic Alliance-, whose primary goals are to preserve wealth and grow steadily for generations to come, focusing so on impacting a billion humans lives (as our company name suggests), we were doing Study and Research, and we were discussing innovative and disruptive forms of investments

that are complying with the Shariah law.

So, what was the critical issue? Was it also about sustainability after the crisis?

Yes, one of the opening arguments in most of our panels in UAE was inherently the long-term wealth safety throughout generations and the sustainability needed after every financial crisis; and as always after every crisis, it needs reliability, stability, and prosperity of the current monetary system too; so much so we were making aware our BTE Alliance of a very compelling case: bitcoin, at that time, was a verifiably limited supply decentralized form of money, with no third- party intermediaries involved, censorship-resistant, so that can’t be controlled, hacked or stopped by anyone, and can’t be inflated and therefore could be used to retain and as a reserve of value over time, so could be an attractive investment asset with more long term appreciation

potential than holding fiat cash, it is a ubiquitous currency. Moreover, it was born following the global financial crisis of 2008, so, at that time at BTE, we started to think that this could have been a powerful tool to boost financial inclusion.

What was your insight in this regard?

Especially at the end of 2015, during those symposia organized by BTE, discussing investing within mind the UN SDGs, among interdisciplinary professionals, politicians, economists, academics, at BTE we were highlighting that the systemic cause of all these crises is the lack of trust in central governments and the difficulty in solving these problems of the monetary system with traditional policies, and I came to suggesting resilient solutions, such as the decentralized and cryptocurrency system that could open up to innovative payments and investments structures, through a new mind-set challenging the money paradigm, given that

The main questions that arose were: are cryptocurrencies halal or haram? How do they comply with Shariah laws?

These were the debates with which we had to meet and clash since 2012 onwards, so from the genesys, from our very first approach with the world of cryptocurrencies which, for us, at BTE, boutique family office licensed in investments & management, for some of our partners it was of paramount importance as a way

to diversify investments and it was also an outstanding store of value for our BTE Alliance.

Understandably, the point of view of the Islamic community, for us based in Dubai, was and it is a must, but it was a sense of duty in front of the international community, as the global halal market, according to many analysts’ finance experts, is constantly growing.

It was arduous to face a different regulation?

From the kick-off of crypto discussions in the GCC area, at BTE, we were aware that Islamic law was arguably asymmetrical to cryptocurrencies; and, still now, when it comes to disruptive innovation in the 4IR techs fields, at the global level, there are both supporters of cryptocurrencies and antagonists, and at BTE Board, as insiders in the banking & finance sector, we had experienced first-hand the path of accepting cryptocurrencies from the exordium in the Islamic world in Dubai, but even more, it was challenging, at the very beginning, to make understand to some GCC leaders and policymakers the potentiality of the

The technology behind the crypto world: the blockchain.

What was the Shariah law position about that?

About this intriguing topic, we exchanged many points of view with lawyers based in Dubai, and during those thrilling years in which blockchain use cases were increasing, we came across the fact that technology is faster than regulatory developments and this is even more true for the Islamic law which, to accept and deal in the crypto field, requires the issuance of a fatwa and the declaration of adherence to the Islamic principles and values of Shariah scholars. and the legitimacy of this on the part of jurists in the matter, but we were also more than aware that a country where leaders are an ingenious, visionary, and open mind, this is a subject that can be solved with sandbox ad hoc, as it is, for example, it happens in UAE.

What were the main challenges you had to face?

Obviously, at the very beginning, there were different challenges to be faced in order to understand the disruptive potential of blockchain-based cryptocurrencies in redefining the future of Islamic finance and to get them accepted by the investor community in the GCC area:

1. Cryptocurrencies were not recognized by some countries and central banks,

2. There was a suspicion that cryptos could not be used for crystal clear transactions;

3. They were not asset-backed; therefore, fluctuating value

4. they were energy-intensive, therefore unsustainable;

So the question was: which kind of cryptocurrencies may be Halal? After many brainstorming with our partners about the above matters, we came to the following:

1a. The initial acceptance of the crypto world and the technology behind it, in Dubai and in some GCC countries, at that time, suggests that there may be elements for it to be considered halal.

2a. Through the blockchain, by exploiting its characteristics of transparency, traceability, and security, it is possible to reduce the risks of fraudulent use, while remaining faithful to halal ethics. Thus the efficiency, lower transaction costs and trust behind blockchain technology could address the risks of informal cross-border transfer systems, for example through parallel banking systems for a secondary financial market, such as the hawala practice, used to transfer remittances to family members in their countries of origin who often do not have a bank account (unbanked).

3a. For the benefit of Islamic investors, at the time we identified some cryptocurrencies that fell within the perimeters of the Shariah, that had received certificates of compliance from the Shariah Review Bureau and or that were asset-backed (with non-volatile value, therefore stable as based on physical assets with stable value, on gold or fiat currencies) and listed in official exchanges and therefore were also a means of exchange and/or immediately monetizable.

4a. Inherently environmental sustainability, one of the proposed solutions, to reduce the negative impact, was the use of green energy for mining farms.

5a. Islamic finance among other things: Encourages profit and loss sharing based on equity, risk-sharing, and partner commitment; it promotes productive investments, therefore it encourages Muslims to invest in productive enterprises rather than accumulate money since idle money cannot earn any interest income: this stimulates the economy and entrepreneurial activity, ultimately bringing benefits to the whole community.

What was the conclusion that emerged about Crypto Shariah Compliance?

So, at that time, at BTE, studying deeply the case with the collaboration of the BTE Alliance, we came to the conclusion that the answer about investing in cryptocurrencies it is Halal or Haram is strictly depended on the usage: so that, if the use is for uncertain, unethical, illegal activities (for example for gambling or money laundering transactions) it will be Haram, but if the cryptocurrencies in question possess the conditions based  on social justice and requirements of currency in Islam and Shariah, so if they are used for ethics transactions,

then it will be allowed, hence Halal.

The last question. What is the status quo in the BTE research about the 4IR Techs?

Due that before revolutionary systems enter the mainstream, early research must be performed using far-reaching projections of the future state of technologies, and, to face that, at bte we are always engaged with a collaborative community of visionary manager, talented people and researchers who are enthusiastic about transformational technologies in transversal verticals to share and discuss such topics, elaborating pioneering

As we are actually living in a VUCA world and we are on the cusp of several revolutions, boundaries between the state-of-the-art and disruptive innovations constitute the frontiers that, at BTE, together with a vibrant startups community, looking to push forward to advance science, leveraging the frontier techs to provide avant-garde solutions relevant to the inclusive development of the humankind. 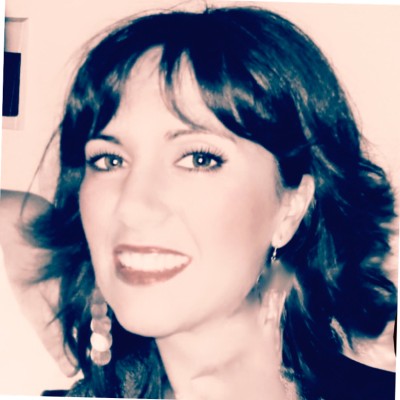 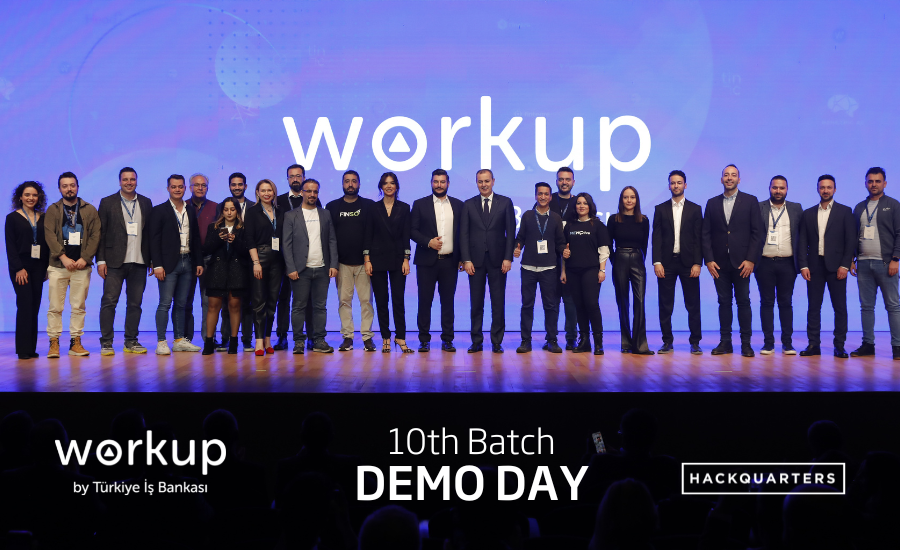 On 5 January 2023, Workup (10th Batch) by İşBank and Hackquarters presented its graduates. 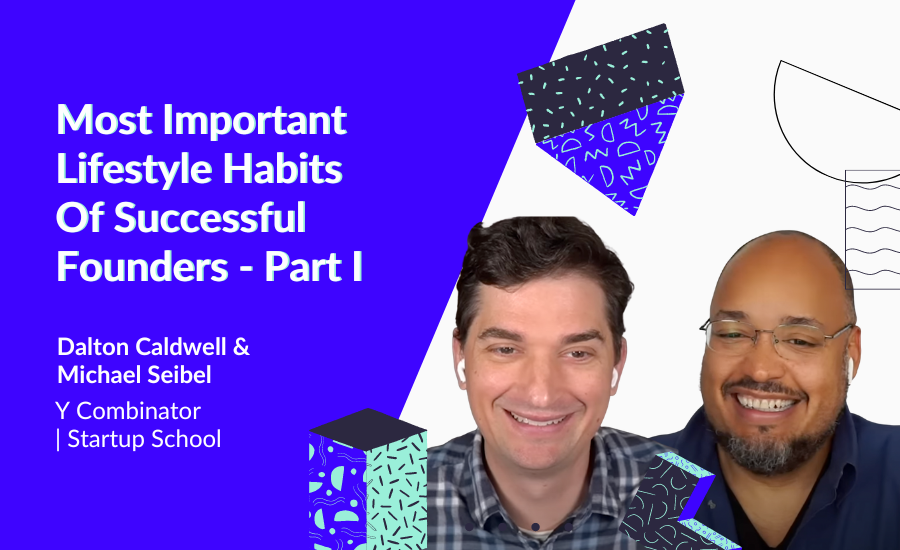 Most Important Lifestyle Habits Of Successful Founders - Part I