Women in the Startup Ecosystem

Let me start this blog with few questions…How many international unicorns led by women entrepreneurs?.

What is the weight of women start-ups in any of the big international VCs’ portfolios? How often you see women led startup raised series B or C funds?! Despite all of the gender equality campaigns that we are seeing every day in our countries, the answers of the above questions will badly surprise you!

The Global Entrepreneurship Monitor (GEM) 2018-2019 Women’s Report, co-authored by researchers from Babson College and Smith College, says the number of startups by women worldwide still lags that of men.

A Babson College report found that​​​​ the amount of early-stage investment in companies with a woman on the executive team has tripled to 15 percent from 5 percent in the last 15 years. Despite this positive trend, 85 percent of all venture capital–funded businesses have no women on the executive team. Importantly, only 2.7 percent of venture capital-funded companies had a woman CEO.

“While there has been progress made, clearly venture capitalists are leaving a lot on the table by not seeking out and being more open to funding women entrepreneurs,” said Babson President Kerry Healey.

Since I start working in the startup ecosystem in Turkey and MENA years ago, I have met hundreds of startups in many stages and a good number of them were women startups and I can say with no doubt that most of the women startups I met had everything it takes –from business perspective- to be successful startups and deserve to grow, expand and be funded with good numbers.

Okay, many of the readers now will say, hey Ahmed you are a feminist now :). Actually my beliefs have nothing to do with this blog.

I believe that the women in the startup ecosystem are strong and they have the needed leadership qualities. Personally I have been fortunate to work with some women leaders in the ecosystem like my dear friend Sabina Babayeva the COO of Hackquarters -international accelerator- who has a great influence on the entire Turkish startup ecosystem, also I am working currently –as a growth advisor- with a great Turkish startup led by 2 magnificent Turkish ladies and again I see that they have all it takes to be there, like most of the women led startups I have met.

So, the Big question is "What is missing?!

I had a conversation last week with an investor from Silicon Valley and I asked him this question directly, If you have 2 similar startups in the same stage and almost have the same tractions but one of them is led by males and the other is led by females…he tried to escape from the question by saying we are building program to support females and the equality programs bla bla bla..,

I asked him, my friend please give me a direct answer, and He said ok I will go for males!

So, If you are a women entrepreneur, this is for you:

We can talk a lot about discrimination and inequality but I am not writing this blog as a social activist, I am trying to tell my friends what is missing and how you can address that gab?

The biggest obstacle to funding and growing any business is access to capital. Despite evidence that women tend to have better repayment records than men, they face higher barriers in this regard.

According to Deloitte, these disparities are the result of the complex interaction of factors, including the way private equity works, the way financial institutions operate, and the behaviour of women themselves. For example, private equity financing entails extensive use of intermediaries. Women tend not to be strongly entrenched within the relevant investor networks.

Lacking exposure to the world of private equity, women tend to structure their projects differently from men, which may itself affect their ability to attract capital. Men and women also have different styles in “pitching” for funds. Women too often lack the knowledge and confidence to ask for large enough sums and to negotiate well on terms.

Attracting funding is thus in part about relationships and trust. For women to break into this circle of trust requires a change in mind-set and behaviour from all participants – male and female. Women need to think bigger, ask for more, and seek out appropriate network relationships.

A robust support network is essential for entrepreneurial success, so it's no surprise that 48% of female founders report that a lack of available advisors and mentors limits their professional growth, according to Inc.

"With the majority of the high-level business world still being dominated by men, it can be hard to blaze your own path and facilitate the introductions and connections into some of the more elite business networks," said Hanson. "As most of business today still rings true with the philosophy that 'it's not what you know; it's who you know,' this can be a huge factor in your ultimate success."

Some funding sources are changing their offerings to gender targeted products, such as “women bonds” to fund women-owned businesses, or foundation support for women entrepreneurs. Business accelerators, programs that provide early stage development services such as mentoring and equity based funding to small and medium sized businesses, can also be catalysts of growth.

So, as a conclusion; Don’t underestimate yourself, Think bigger, ask for more and build a right network of mentors and advisors around you to help you see the bigger image and I am sure you will make it. 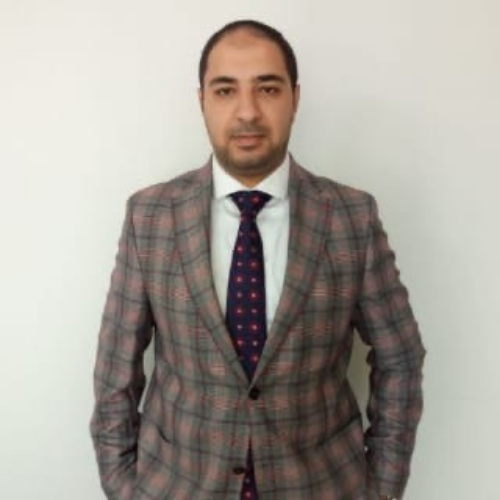