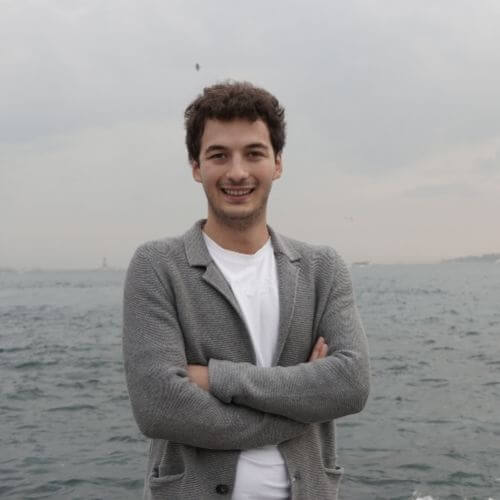 Enes Kutluca, always looking for better technologies found Biopipe at his second year at Bahcesehir University. His dream was always to invent such a system that can treat waste water on the source. He had been thinking on since his H. Avni Sözen Anatolian High school years. After working one year in the basement of his apartment Kutluca invented the first waste water treatment pipe in the world “biopipe” and patented the system over 50 countries.

It was the first time a single house had a chance to treat its own wastewater without sludge in Turkey and in most of the countries in the world.

Kutluca was able to invent very advantageous system for governments, residents and contractors which made him get international attention in short time. He was chosen;

The best entrepreneur in Turkey by US (2012), and the most outstanding young businessman in Turkey by (2012).

Kutluca was invited to US by Visitor Leadership Program (IVLP) by U.S. Department of State's in 2013.

Having invented Biopipe, Enes Kutluca and partners/investors established 3 companies in Zurich, Istanbul and Dubai. And partnered with Metito, Mitsubishi in 2014 to reach global access for his product.

Kutluca is still running his companies to enable Biopipe in other countries as well as he shares his story in TEDx and other events in universities about entrepreneurship to help young entrepreneurs.