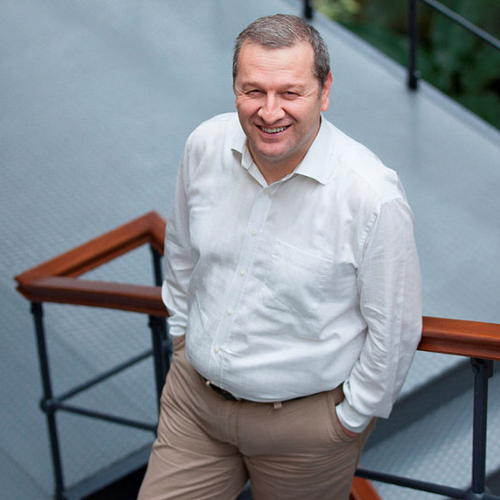 Ismail Hakki Polat graduated from The Middle East Technical University Electrical & Electronics Engineering Department in 1989. In his professional carrier, he mainly worked in the globally leading telecommunications companies such as Siemens, Nortel, Ericsson and Turkcell in different positions ranging from engineering to executive management.

Since 2004, he has been lecturing on New Media at Kadir Has University as well as setting up the new media services of local media conglomerates such as Dogan Holding, Merkez Broadcasting & Publishing Group and Ciner Media Group as an active consultant. He also worked for BBC Media Action as a freelance consultant during the preparation of New Media Journalism Curriculum in Baku Slavic and Baku State Universities.

Polat is the initiator of Turkey's first New Media University Department in Kadir Has University as well as being the Founding President of The Digital Transformation Association in Turkey further to his course module authorship for Mobile Journalism at Open School of Journalism in NYC. As being one of the pioneering Blockchain and Cryptocurrency Lecturers at University level, he also serves as a cryptocurrency advisor & mentor for several startups such as OwnData, Glad, Bundle, Krypted, Orchestrum and more.

Polat has a column in Bloomberg BusinessWeek Turkey where he weekly shares his opinions on #NewMedia, #DigitalTransformation and #CryptoCurrencies.