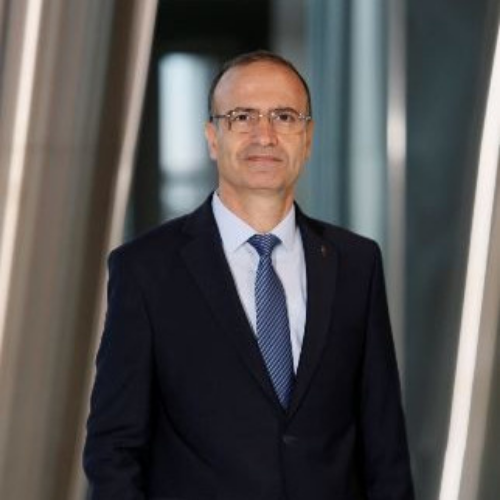 Born in Antakya in 1968, Hakan Aran graduated from the Computer Engineering Department of the Middle East Technical University in 1990. He completed his master’s degree in Management at Başkent University during 2000-2001. He is currently continuing his PhD in Banking at İstanbul Commerce University. Beginning his career at İşbank’s IT System Operations Department in 1990 as a Software Specialist, Aran became the Head of IT Solution Development Department in 2005 and promoted as Deputy Chief Executive in 2008. Hakan Aran, was appointed as the 17th Chief Executive Officer of İşbank on 1 April 2021.

Being responsible for information technologies, digital banking operations and data management, Aran has played a prominent role in the digital transformation of İşbank. During his career, he also served as the Chairman of İşbank Russia, İşnet, Softtech, Livewell and Gullseye; Deputy Chairman of Anadolu Sigorta and Board Member at Turk Telekom.